Edward Bernays (1891-1995) the nephew of Sigmund Freud (the ‘father of psychoanalysis’) used his uncle’s principles of psychology to control the masses in desirable ways and become the father of propaganda also known as public relations. Bernays called his scientific technique of opinion-molding the ‘engineering of consent.’

“If we understand the mechanism and motives of the group mind, is it not possible to control and regiment the masses according to our will without their knowing it?” 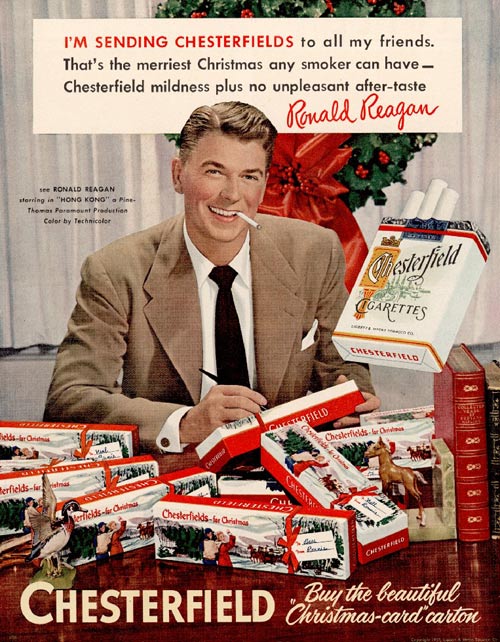 Bernays created what he referred to as psychological warfare during WWI. His clients also include the fluoridationists of the Public Health Service, dozens of major American corporations such as the American Tobacco Company, General Electric, Dodge Motors, and Presidents Coolidge, Wilson, Hoover, Roosevelt, Truman and Eisenhower. 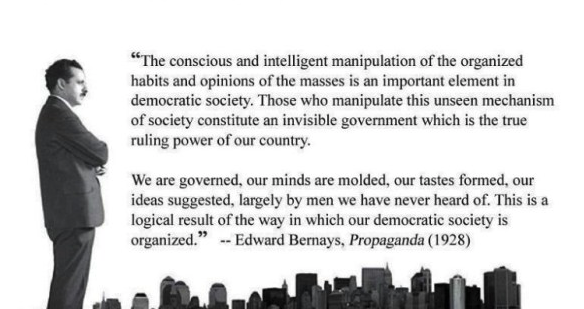 To his credit, Bernays refused to create propaganda for Hitler although the Nazis hired another American firm to do the job instead. After World War II (1939-1945) propaganda was renamed public relations because of Hitler giving the word propaganda a bad reputation.

This documentary by Adam Curtis explains everything: